Professor Faraneh Vargha-Khadem is Head of Section for Cognitive Science and Neuropsychiatry at the UCL Institute of Child Health, Head of Clinical Neuropsychology at Great Ormond Street Hospital for Children and Director of the UCL Centre for Developmental Cognitive Science. Her research interests include developmental amnesia and the structure and function of memory circuits, motor speech disorders resulting from mutation of the FOXP2 gene, and brain plasticity and reorganisation of cognitive function in children with epilepsy.

Elected as a Fellow of the Academy of Medical Sciences in 2000, she has received a number of awards, including the 2013 Barbara Wilson Lifetime Achievement Award and the 2006 Jean Louis Signoret Prize for her contributions to genetics of behaviour. 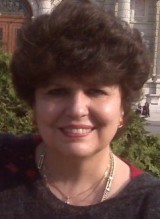